Contact with young minds keeps one on one's toes. 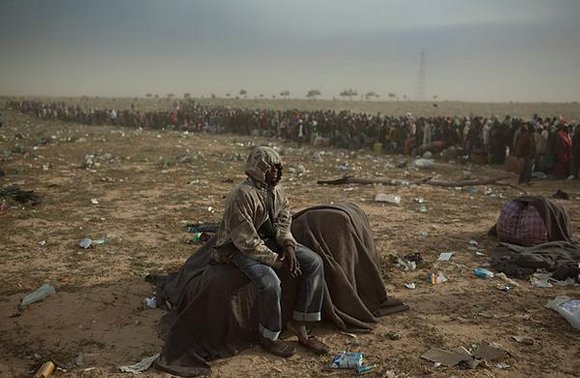 We would like to invite you to participate in the assistance and support of  the people from Tawergha. Please contact us if you can spare time, resources or  financial aid. 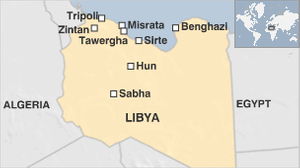 Approximately 40.000 refugees from Tawergha   are stuck in IDP camps scattered over Libya. The families from Tawergha should be united as soon as possible so they can rebuild their lives.

In the meantime we  will work with the UN Mission in Libya (UNSMIL & UNHCR) and the Libyan Humanitarian Relief Agency (LibAid) and numerous other organizations to address concerns relating to protection during displacement, the continuity of humanitarian assistance, the identification of interim and durable solutions and assisting their return.

Our affiliation with Tawergha

Living in the compound of the HVA poultry and dairy project in Tawergha was very different from our life in Holland in many ways. 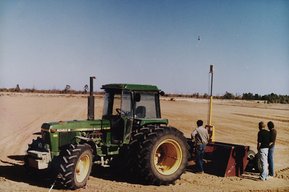 Between 1982 and 1991 we were part of the development, construction and management of two large-scale fully integrated poultry and dairy projects at Tawergha and Ghot Sultan in Libya.

There were on average 30 employees who brought  their families with them and some 80 to 120 ‘bachelors’.

A small village, a world of our own, with all facilities like a social building for meetings and parties, a restaurant, swimming pool and tennis courts, a small camp shop and a school. The compound was surrounded by a high fence and in later years there would be a guard at the gate. We used to joke that we just had the fence to keep the wild dogs out as we were never in need of much protection because the people of Taworgha were very friendly and glad to have us there.

We were invited in their homes and lives on many occasions, we shared meals,  were taken to religious events, parties, horse races and attended their weddings. Our children stayed at their homes and families for sleepovers.

Once a week we would go shopping for everything we needed in Misrata the city next door almost 50 kilometers to the north of Tawergha.  In the early years we did sometimes encounter unpleasant treatment on the market place there. This was caused by the animosities between Misrata and Tawergha as we discovered later on.

Deep rooted discrimination of the black inhabitants of the Tawergha oasis was the cause of many rough remarks made by the Misrata tradesmen.

They were convinced that Gaddafi had made a huge mistake by developing such a wonderful project in that godforsaken place with black ‘dogs’. They told us specifically that these slaves were bad people, and bad Muslims as well, who did not deserve the wealth of good jobs and the development of their region.

In our eyes the men from Misrata were not much paler than the Tawerghans and we used to smile about it, not knowing how these racist and jealous remarks would work out in such horrible disaster.

Thank you for supporting, sharing & liking us on Facebook.

Thank you for supporting, sharing & liking us on Twitter.

Every Embassy in Tripoli

US Embassy in Tripoli